If you have recorded audio from an external device, you can now sync it to your Depthkit combined-per-pixel video before taking your clip into the game engine. Since Depthkit exports a standard video file, this can easily be done by laying the audio file back in any video editing program.

In the past, we have mentioned applying the audio file as a component in Unity. We do not recommend this, as it will often fall out of sync with the Depthkit clip. 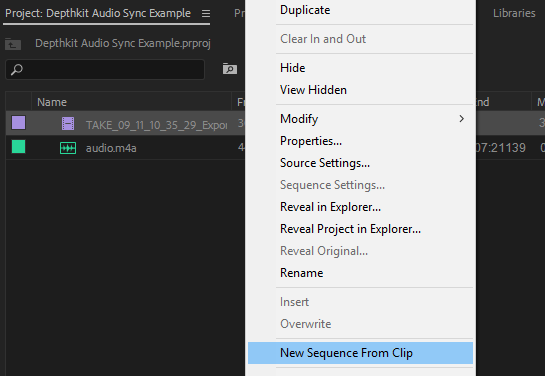 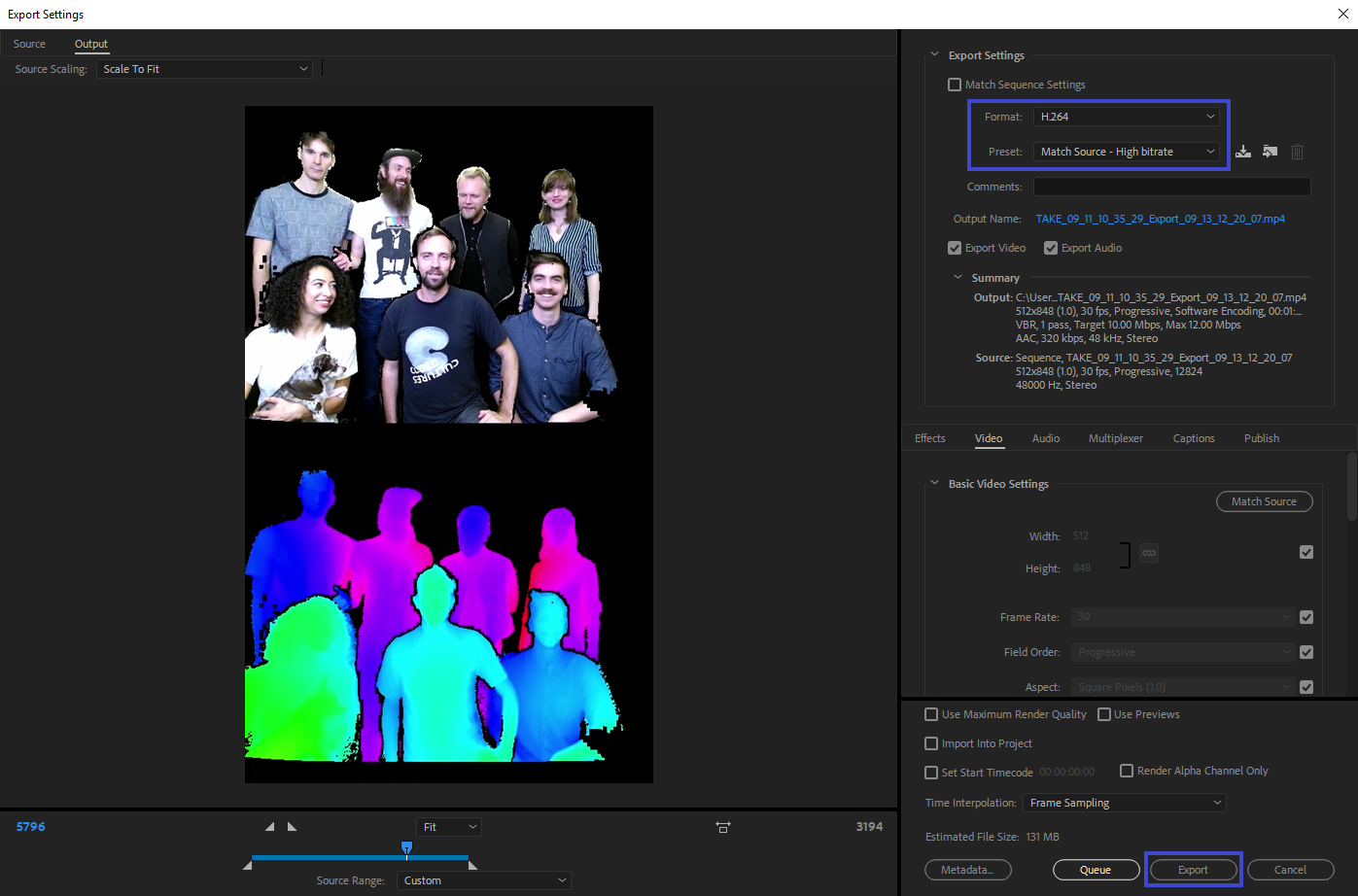 Depthkit Multiperspective Combined-per-Pixel videos are particularly sensitive to subtle changes in color, so syncing your Depthkit clips to audio in a non-linear editor like Adobe Premiere can produce visual artifacts.

For this reason, FFMPEG is a great tool for embedding audio into a video file.

Before you embed the audio into the video, they must be trimmed to have the same starting point. Use the slate/clap in both the video and audio recording to trim the audio to the same start point.

To mux audio into an existing video file, use the following example command:

If your audio file is in an uncompressed format like WAV, use the following options to compress and encode the audio into a format compatible with the video codec.

Updated about 1 month ago