In the 3D view-port, you may notice a slim outline in your Depthkit capture when the depth rangedepth range - The depth near and far planes represented as hue encoded ranges, red as the near plane and pink as the farthest plane before clipping. is set to the maximum range. This is a characteristic of the depth sensor that can appear like a double image or outline. This behavior can be described in the image below.

Due to the way in which depth cameras sense depth, there are certain materials that cause errors in the depth data during capture. These are usually reflective or shiny materials that will cause holes and similar artifacts in your depth stream. Read more about material and garment constraints. To repair and reduce these artifacts, Depthkit's Refinement algorithm is designed to clean up and enhance your volumetric data.

Visual artifacts in Combined Per Pixel clip in Unity

Some visual artifacts in a Combined Per Pixel clip can show in Unity, located at the near plane of your subject, even though they are not visible in the Depthkit application.

This is a known issue related to the far plane value of your depth range, when the far plane is very close to your subject, as seen in the image below. It applies to combined per pixel exports in Unity when using the Unity video player as your Depthkit clip video player. 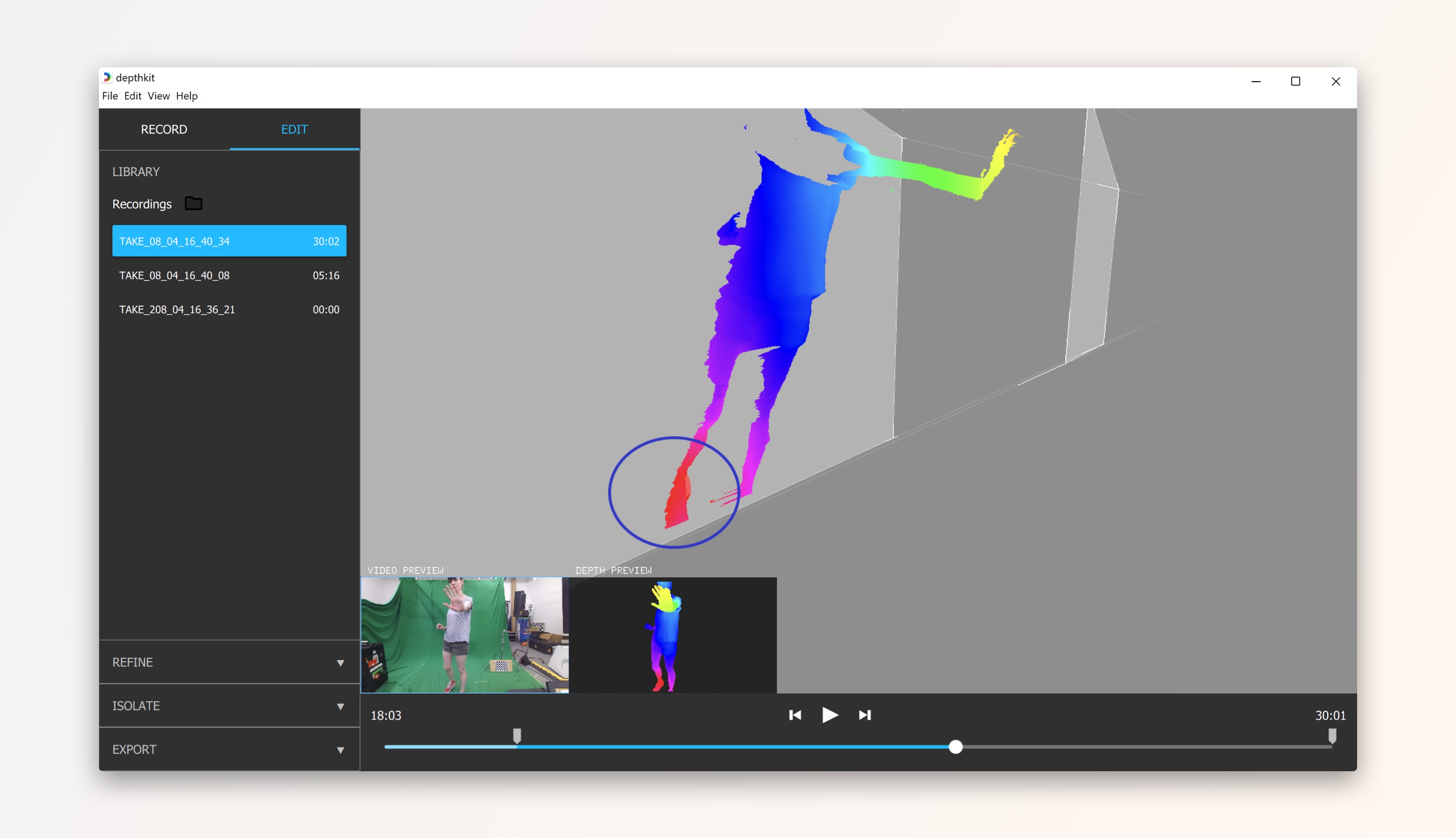 To avoid this Unity artifact: